14-16 Oct 2016: LICAF I’ll be attending at Myriad Editions’ and Graphic Medicine tables, and presenting some work from my forthcoming book, The Facts of Life.

June 11th 2016: Fertility Festival: I’ll be exhibiting work and speaking on a panel at the London event, Park Theatre.  Ffi and booking HERE 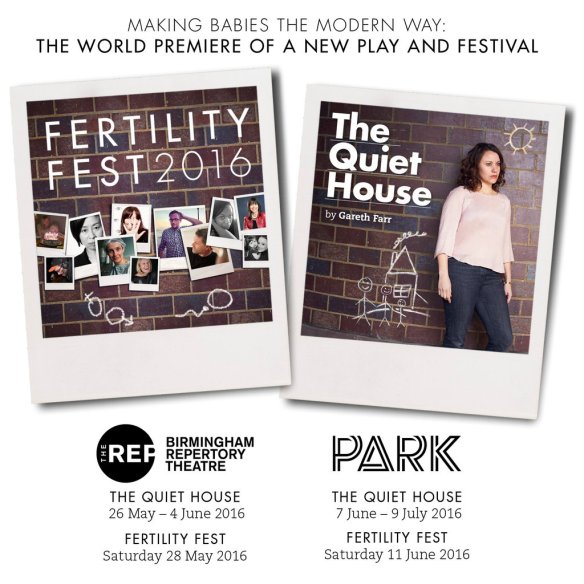 July 2014: Presentation at Laydeez do Comics event with all the other global LDC organisers as part of Foyles Grand Opening Festival.

2013: The Phoenix Project (Surviving Cancer): I was commissioned to create a comic in response to interviews with cancer patients about their experiences around relationships and sex after cancer treatment. My work can be seen here.

Oct 2013: I peer-reviewed a paper about educational comics for BMJ Medical Humanities Journal. It was the first time I’d undertaken such a task, so I’m happy to see that it’s been published here.

Mon 25th Nov 2013: I spoke at Laydeez do Comics in Leeds alongside Gemma Correll and Ian Williams. 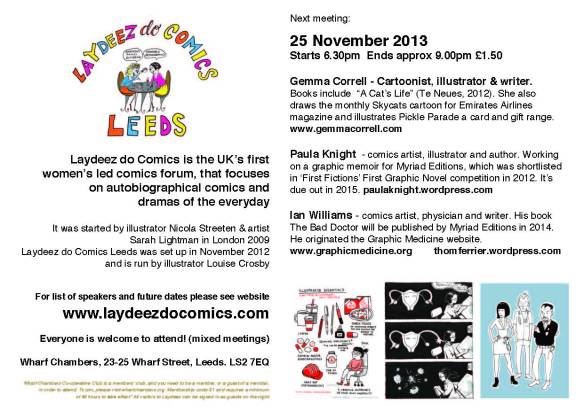 18-20 Oct 2013: The Lakes International Comic Art Festival I have a table in the ‘Comics Clock Tower’ sharing with Ian Williams.

I’ll also be taking part in the ‘Quick Strips’ panel with Myriad Editions on the Sat eve at The Box: http://www.comicartfestival.com/quick-strips/

5th Oct: Bristol Comics and Zine Fair I exhibited at this event run by Bearpit Zines.

July 5-7 2013: Ethics Under Cover – Comics, Medicine & Society I gave a 15-minute presentation of work in progress from my graphic memoir at 9 am on Sunday 7th July: 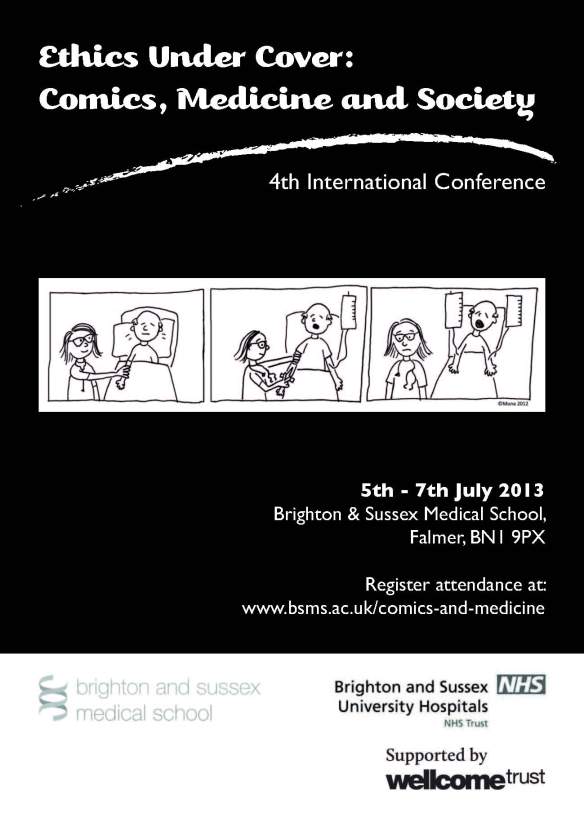 Nov 10 2012: Comica Comiket. I had a half table at this event. It was the first time for me and I enjoyed it thoroughly. I sold all of the copies of Spooky Womb I took (apart from the few I gave to nice people who’ve been supportive about my work.)

Aug 8th 2012: Laydeez do Comics Bristol at Cafe Kino. I presented work at this event along with Nicola Streeten; Sarah Lightman; Katie Green: Simon Moreton (Smoo Comics); and Andrew Godfrey and Emma Mould (Sicker than thou).

Bearpit Zine #4: I have one page in this Bristol-based collaborative zine. This issue has the theme of ‘other’. You can buy it here.

July 2012: My work In Hospita(l)able was used in Amerisa Waters’ paper at the Comics and Medicine conference in Toronto. I would have loved to attend this conference but was unable, so it was a nice surprise to discover that some of my work appeared there!

May 2012: Comic(s) Bodies, a multidisciplinary symposium. I exhibited some work here at Nottingham Contemporary along with Brick, Thom Ferrier, Andrew Godfrey et al.

March 2012: Some of my comics images are to be used by Linda Humphreys MSc as teaching materials in a reflective writing class for Genetic Counselling students at Griffith University, Queensland, Australia.

Jan 2012: Finalist in First Fictions First Graphic Novel Competition run by Myriad Editions. I presented my work at Judging a Graphic Novel, the event where the winner was announced.

Nov 2011: Visualising the Stigma of Illness – Graphic Medicine/Comics Forum at Leeds Art Gallery. Presented my comics work about miscarriage and resulting childlessness from work-in-progress, The Facts of Life.

June 2011: Paul Gravett used a couple of my images in his keynote speech at Comics & Medicine: The Sequential Art of Illness in Chicago.

May 2011: Presented work at Laydeez do Comics along with Alex Fitch, Mary Talbot and Jo Tyler. Set the cogs in motion!