I finally unearthed this very special issue of Jackie Magazine at my parents’ house in the last few days! The sketch (of Jon Moss, drummer from Culture Club) was my first ever properly printed, published and paid-for art, which appeared in the letters page on March 24th 1984. I was thirteen years old. I sent it in to a slot called ‘Sam’s sketch’, which, I think, appeared weekly and had to be a sketch of someone famous. If your sketch was published you could choose between receiving a silver bracelet or £2 cash. Easy choice for me – you could get two Top-40 singles for two quid in Woolworths at the time – with tuppence left over! I was too shy to let them print my surname. 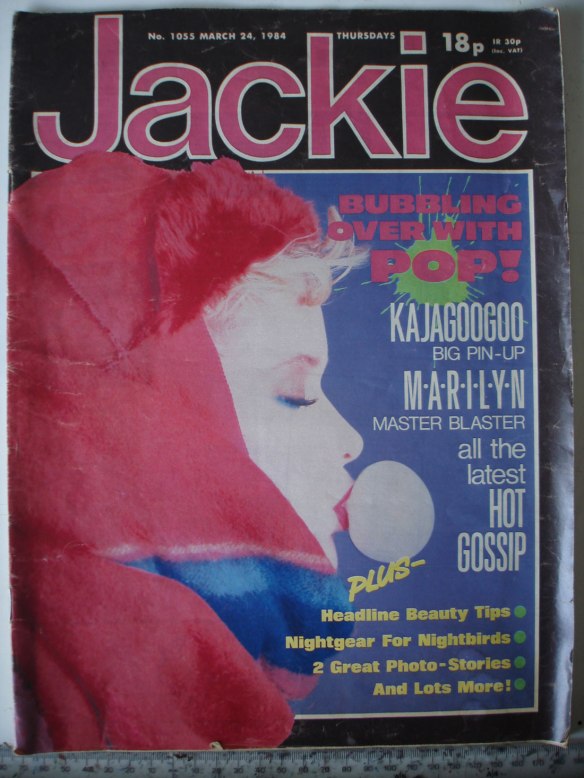 I’ve been hunting for this for ages – I even trawled this site but couldn’t remember the exact date, it being almost 30 years ago. I thought it was lost – but it finally showed up in an under-bed storage space. My mum hadn’t been able to lift the bed up herself for a few years so she’d forgotten what was in there. I’m almost as excited to be reunited with it as I was when I first saw it appear in the magazine.

3 thoughts on “Jackie magazine – found it!”